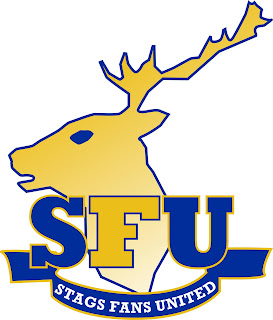 EARLIER NEWS:
The Trust was born in May 2008 during the fans’ battle for the soul of the Mansfield Town Football Club with the then owner. The trust is an umbrella organisation comprising four of the fans’ groups – the SSA (Stags Supporters’ Association), OSSC (Ollerton Stags Supporters Club), Stags Fans for Change (SFFC) as well as the original trust Team Mansfield (TM). At this stage the trust owned 3.3% of a stake in the club and the main aim of the new organisation was to facilitate the buyout of the club by people who only wanted the best for MTFC.
The trust was launched at a public meeting attended by more than 700 concerned fans and the original steering committee included one of the board which went on to own the club. Since the buyout of the club by three local businessmen (Andrew Perry, Andrew Saunders and Steve Middleton) the trust worked much more closely with the Stags and on September 12th 2009 signed an agreement with the owners to purchase a further 8% of shares in the club for £55,000. This money was raised in just over 14 months with donations from fans and the various fans groups including £15,000 from the SSA.
As part of the deal the agreement created the first ever role at MTFC for a supporter director to attend the four board meetings a year. At the Trust EGM ratifying the purchase of shares it was agreed that Colin Dobell would take on the role of supporter director at first. Colin was a key member of the trust since the original set up of TM, and brought a huge amount of business experience to his work with the other directors.
The Trust is registered with Supporters Direct, the body set up to advise sports trusts and SFU will always be grateful for the support of Kevin Rye, SD Communications Manager, who has attended countless meetings and has been a constant source of support. SFU would recommend any Supporters Trust to engage closely with Supporters Direct as a result of their experience.